Seven years ago, leaders of an arts organization in Birmingham, Alabama saw a serious opportunity to impact their local economy—but it meant reinventing themselves. 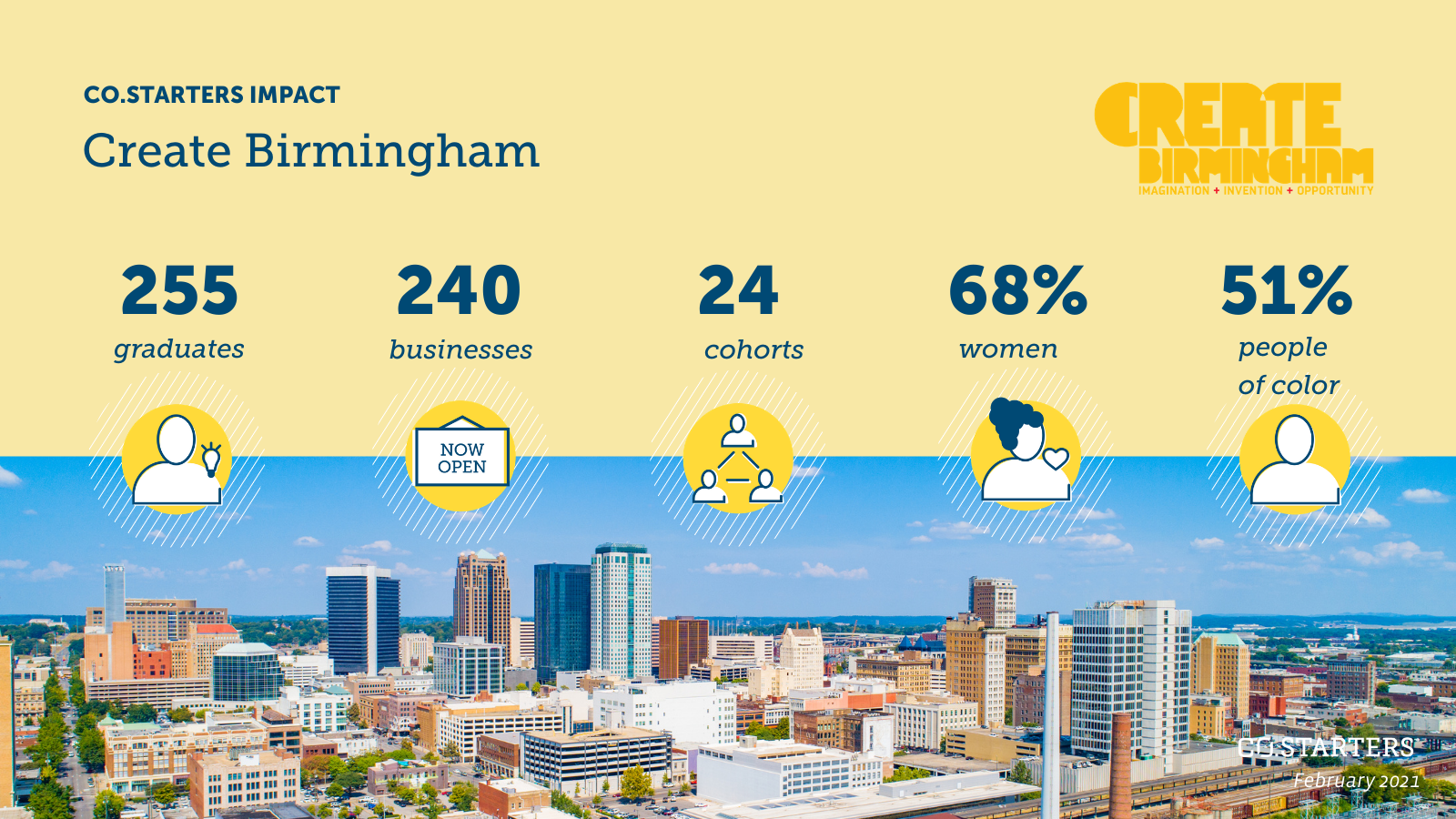 Originally established in 2004 as the Cultural Alliance of Greater Birmingham, Create Birmingham is the only local agency focused on Birmingham’s creative industries. By 2013, the creative landscape in Birmingham and the region looked very different than it had in 2003. That year, the organization commissioned a study to help determine where it should focus its efforts.

The study found that, in 2013, approximately 23,000 creative workers – 4.68% of Jefferson County’s overall jobs – were generating $558 million in household earnings. And those annual earnings were predicted to grow by more than $5.5 million every year. With this realization, they embarked on a new initiative to map a growth plan for Birmingham’s creative industries.

They realized they needed to invest in art—and the creative industry more broadly—as business.

To this end, Create Birmingham launched their first CO.STARTERS cohort in 2014.

In partnering with CO.STARTERS, Create Birmingham has adopted an economic development strategy that positions their community for long-term success: cultivating native creative talent.

Many cities look to large companies to create jobs in their towns by setting up shop locally. While corporations do occasionally move to new cities, relying on corporate relocations as a job creation strategy or economic development tool can be frustrating and disappointing for all involved, including the local economic development department.

Birmingham’s traditional arts council was no longer relevant to the community.

A change of mindset: Makers and creatives aren’t causes in need of funding, but entrepreneurs in need of business skills

Birmingham’s economy is thriving due to the rise of hundreds of new entrepreneurs, and net migration to Jefferson County is booming.

“Recruiting large employers that provide hundreds of jobs is a reasonable goal for any economic developer,” said Enoch Elwell, founder and CEO of CO.STARTERS. “That said, communities are like a sports franchise. The strongest ones always focus on developing and keeping home grown talent before they go chasing expensive free agents.” Today, Create Birmingham is the must-know organization for creatives and entrepreneurs in the greater Birmingham area. Since adding CO.STARTERS to their program offerings, Create Birmingham has been imagining fresh ways to serve the entrepreneurs they support, including offering a micro-lending service and providing sixty percent of their graduates with financial assistance. They also provide a quick-to-market solution through a pop-up retail space, the CO.SHOP at Square One Goods.

Create Birmingham and the community’s leaders have a lot to be proud of.

To date, the organization has: 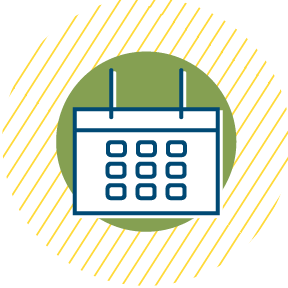 REGISTER FOR A LIVE WEBINAR

Want to learn how supporting entrepreneurship is a job-creation strategy?

Check out one of our upcoming live webinars!

Create Birmingham’s focus on artists, makers, and creatives as entrepreneurs is a strategy other communities could learn from.

“There is always a market for talented creatives and the skills they have,” said Buddy Palmer, President & CEO of Create Birmingham. “Often, their talent is in demand across a variety of industries, markets, and customer segments. We help turn that skill and dedication into new businesses. The ability to monetize creative talent is essential to a thriving community. Because of that, our partnership with CO.STARTERS is both a job creation strategy and a way to preserve and strengthen Birmingham’s extensive cultural assets.”

Despite the pandemic and an economy still on the rebound, Create Birmingham will host three CO.STARTERS cohorts in 2021. The next available cohort will start in April.

“It is more important now than ever to plant the seeds of our community’s future economic growth,” said Palmer. “Years from now, some of our CO.STARTERS graduates will be some of Birmingham’s most innovative, successful job creators. 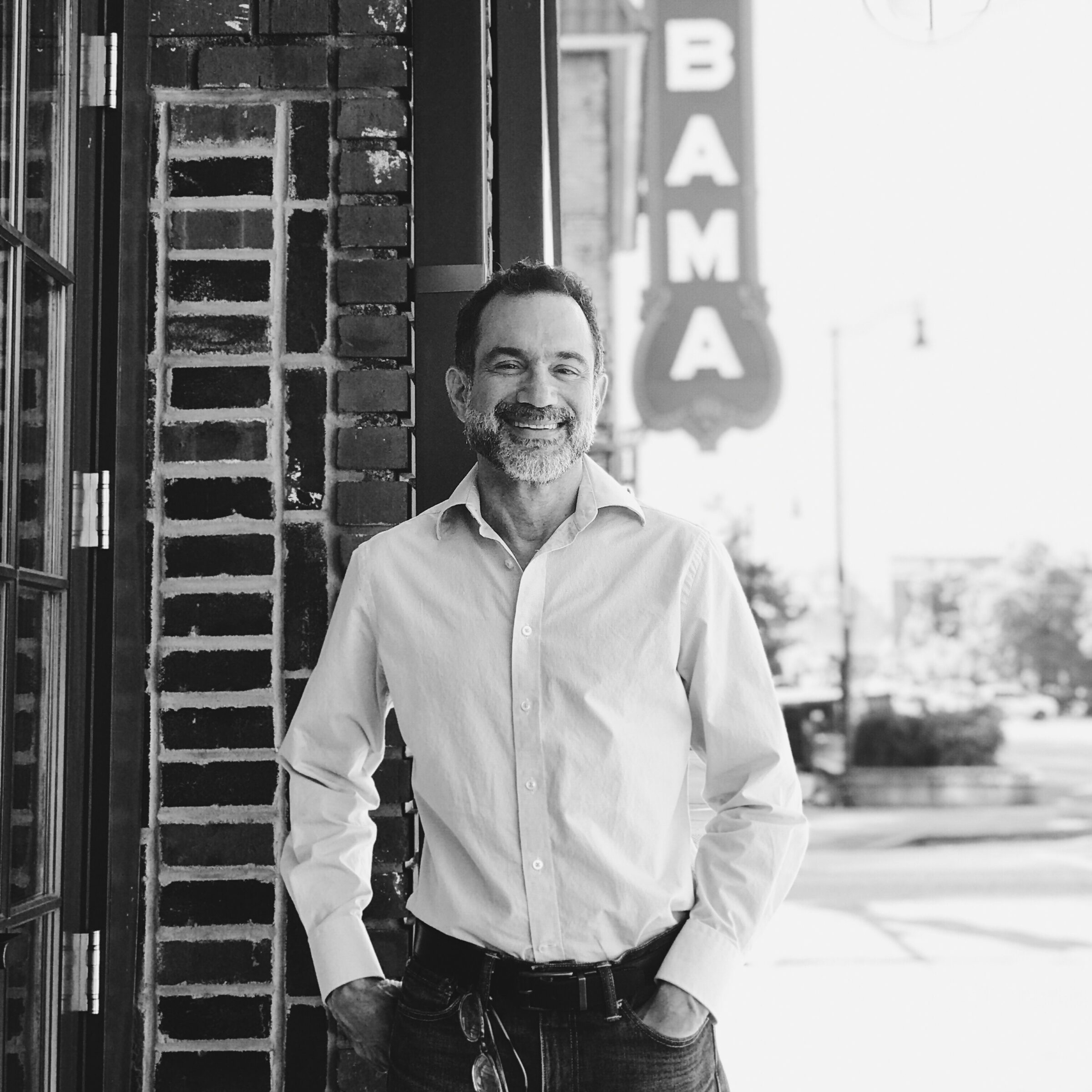 “The ability to monetize creative talent is essential to a thriving community…Our partnership with CO.STARTERS is both a job creation strategy and a way to preserve and strengthen Birmingham’s extensive cultural assets.”
– Buddy Palmer

Register for one of our upcoming FREE webinars.